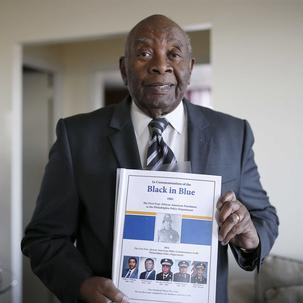 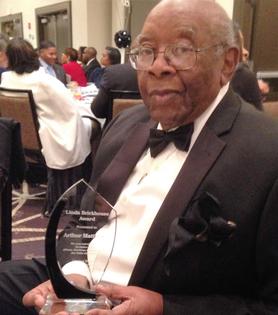 Benjamin F. Scott, received a Bachelor of Science Degree in social science and history from Cheyney University. He attended Temple University Graduate School of History and Social Science. He also attended Widener University and studied Economics and Entrepreneurship. Scott taught in the Philadelphia public schools as a History and Social Teacher. Served as the Dean of Men at Bartram High School in Philadelphia. He join the Philadelphia Police Department in 1955, as a patrolman and served on the Special Investigation Squad. He received a disability retirement in 1969.

Assigned Commanding Officer of Homicide Division in 1969, he was the first African American assigned as Commanding Officer of a citywide Homicide Division in a major city in the nation. After placing number one on the inspectors list in 1974, Captain Matthews was promoted to Inspector and assigned to (a first) Detective Headquarters as head of Homicide and Narcotic Divisions. In 1976, Inspector Matthews was further assigned to head all Detective Headquarter Divisions which included Intelligence, Major Crimes, Organized Crimes, Homicide, Narcotic and Special Investigation Squad.

After retiring in 1980 Matthews was employed by the Audit Committee of the Board of Directors of the Harrah's Casino as Co-Director of Internal Controls.
Matthews is married to Doris, his wife of 57 years. They have two children and one grandson who is Pop Pop's pride and joy.